Combine all ingredients except ice water in a food processor. Begin to puree/process, scraping the bowl, to get ingredients to a rough paste. Drizzle ice water into machine as it’s running (keep ice out) to reach desired consistency. Adjust seasonings with salt and pepper as desired. Serve immediately with chips and crudités or cover and refrigerate for three to four days.

Place pita “chips” in mixing bowl, toss with half the oil and half the spice and toss well, then add remaining oil and spices and toss again. Sprinkle salt as desired and toss again. Toast on a parchment lined baking sheet at 275 degrees until chips are lightly toasted and crisp. Oven times may vary, begin with 10-12 minutes then continue to check every 3-4 minutes.

Combine all ingredients in sauce pan. Heat pan over medium heat, stirring occasionally. Bring to simmer. Simmer over medium-low heat until raisins have plumped. Remove from heat and let cool to room temperature. May be used immediately or covered and refrigerated for seven days.

Put a healthy schmear of hummus on a plate, creating an indent to hold pickled raisin relish. Mix pickled raisins, blanched celery, mixed herbs and vinaigrette. Drizzle raisin relish over top of hummus as desired. Serve with toasted pita and raw vegetables of your choosing. Garnish with celery leaves and shaved radish.

Hendersonville may not seem like an epicenter of culinary promise, but thanks to Jason Reasoner, head chef and owner of Postero, it’s well on its way.

Perched on the corner of Main Street, Postero is an enclave of both rustic and art-deco aesthetics, an unexpected amalgamation of styles that somehow works—much like the menu itself. The immersive kitchen, which seamlessly merges with both the bar and the dining area and sits bathed in the light of a wall of windows, offers guests an honest glimpse into the inner workings of Postero. It’s a scene as authentic as the menu, which brims with classic fare weaved with unique accents and local trappings like seasonal veggies and Hickory Nut Gap meats. All of which, from architectural concept to plated eats, originates in Reasoner’s own brand of genuineness.

The Hendersonville native was motivated to cook from a young age. “My mother cooked every night, even with a full time job. When I was 10 years old she decided it was time for me to take a night,” he says with a laugh. “So I had Tuesday nights, and I started experimenting.” His mother loved Asian ingredients, his father captained grand holiday feasts, one grandmother whipped up hearty classics like liver and onions and the other traditional New York Italian. In other words, his influences have always been multifaceted, as has his path.

Reasoner was recruited out of high school to attend the prestigious Johnson & Wales which, at the time, was still located in foodie utopia Charleston. From teaching at his alma mater’s sister campus, to cooking at fine dining restaurants, to managing mega-chains, he’s done literally everything in food and bev over the decades. But always, he knew he wanted to open his own concept; he just had to wait for the right opportunity.

When he was judging a BBQ competition in 2013, a fellow judge leaned over and asked Reasoner the question he’d been waiting to hear: “Do you know anyone who wants to open a restaurant?” The judge was the son of the owner of the space that now holds Postero.

But Reasoner’s far from done; ask him about the future and he speaks quickly about expansions and new concepts, about dreams and possibilities. And all of them are here in the epicenter of culinary promise: Hendersonville. 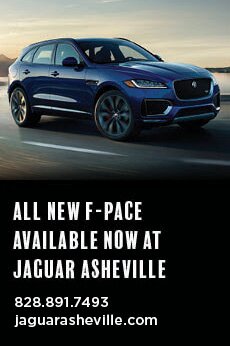